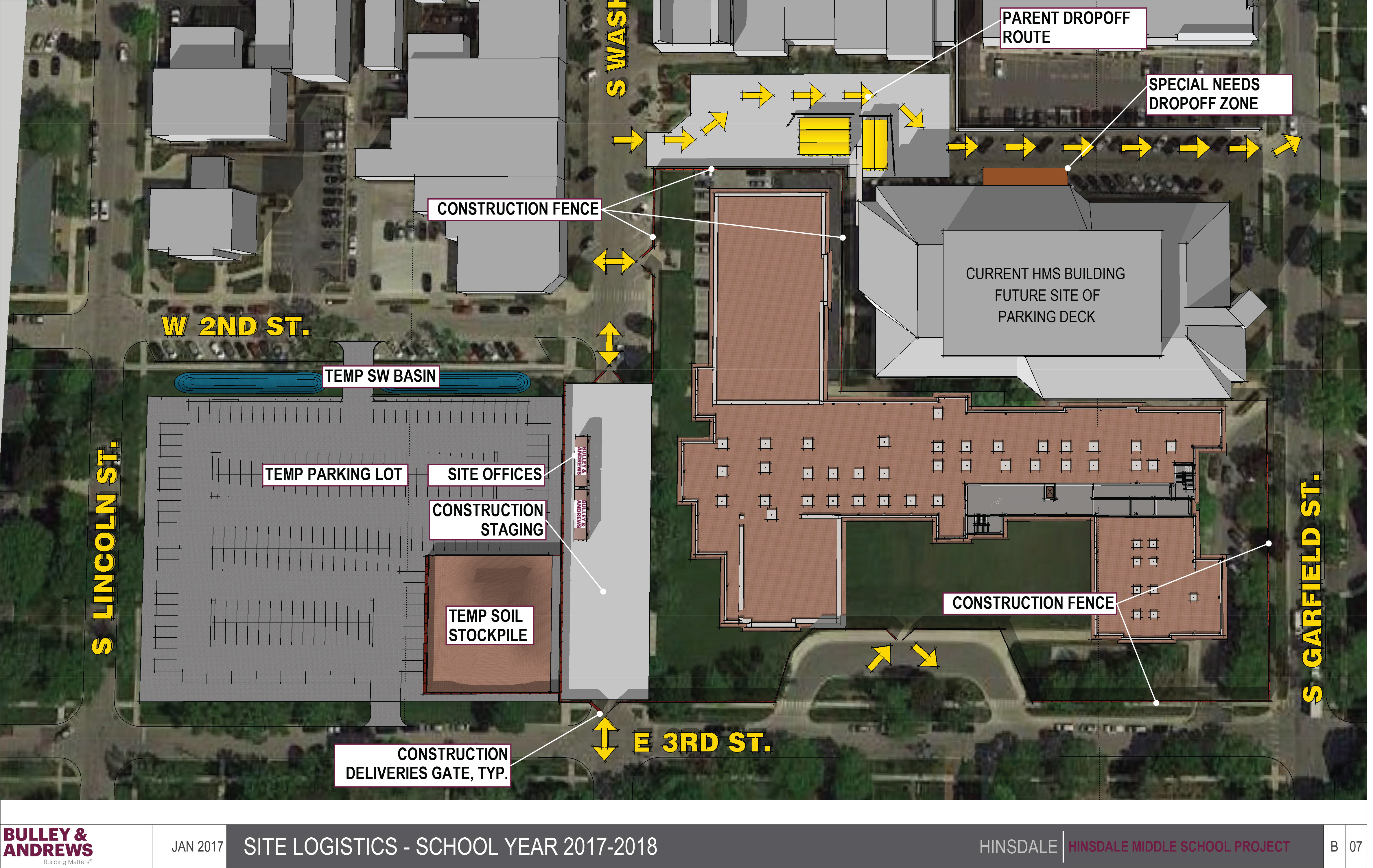 Trade Contracts for the HMS project were divided into four Bid Groups to allow for fast‐track bidding and a construction start before all design work was complete.

On June 6, 2017, Bid Group 2 Bids were received for 16 Bid Packages. Bulley & Andrews reviewed the Bids received, and Board action was taken at the June 26, 2017 Board meeting to award contracts for 15 of the 16 Bid Packages (shown below). Schedule Alternate 4a was accepted for all Bid Group 2 Bidders.

Also at the June 26, 2017 meeting, the Board Rejected Bids for Bid 2R - Metal Panels, as it was noted that Bid 2R (equipment screens on the roof and exterior metal panels) only received two Bids, and one Bidder failed to include the required scope of work and the second bid was above the projected budget. It was stated that the design and construction team would be reconsidering the Bid specifications.

On August 14, 2017, the Board approved and awarded the assignment to Bulley & Andrews of alternates to the previously awarded Contract for Bid 2K Fire Protection to K & S Automatic Sprinklers, Inc. (Vote 5-0; Absent: Lucht, Giltner). It was clarified that the action was needed to correct a minor technical error.

During the Board Business meeting on December 18, 2017, Owner's Representative Kerry Leonard reported that after Bid Group 3, 93% of the trade contracts will have been bid, awarded, and assigned to Bulley & Andrews.

Of the twelve bid packages opened, ten were considered for award and assignment, and approved during the Business meeting:

The Board also approved the following actions regarding change orders:

Mr. Leonard explained at the December 18, 2017 Business meeting that the five bid packages not being awarded will be bid in early 2018. The five packages include two deferred packages, two bids to be rejected, and one bid package that was not opened.

Information on Alternate Bids has been included in the project team's Bid Group reports and presented to the Board, as applicable.

Information on Change Orders has been included in the project team's Bid Group reports and presented to the Board, as applicable.

The Reopening of School 2020-2021 survey will be available in the upcoming days at d181.org