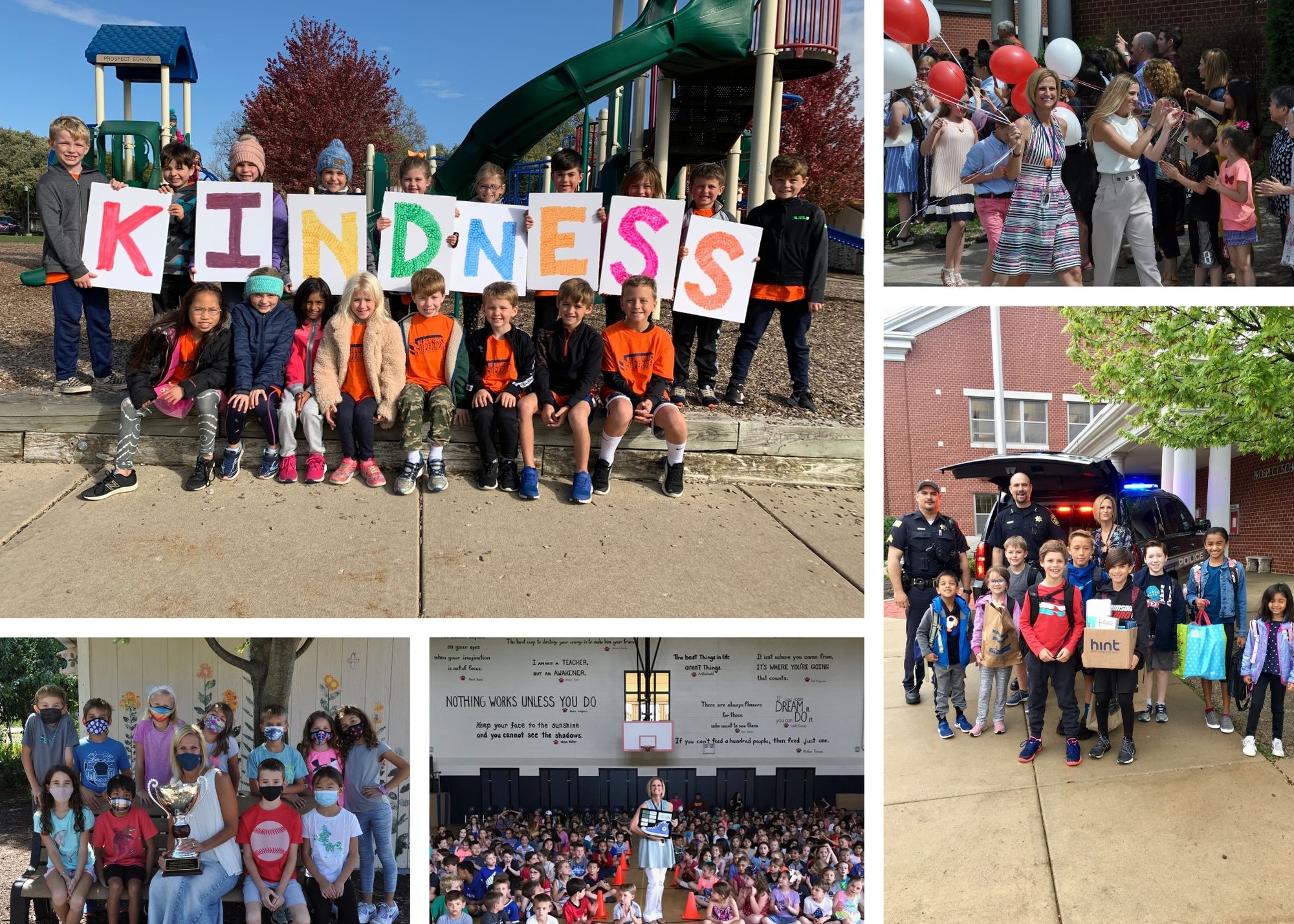 The coveted National Blue Ribbon Schools award affirms the hard work of educators, families, and communities in creating safe and welcoming schools where students master challenging and engaging content. Prospect was nominated as an Exemplary High Performing School, meaning it is among the state's highest performing schools and also has very high performance in smaller subgroups of students.

We are honored to be named a National Blue Ribbon School," Principal Kristin Cummings said. "We share this award as a community and look forward to celebrating the hard work that led us to this esteemed recognition. It is my privilege to serve as Prospect's principal and I am so proud of our staff, students, and families."

"We are glad that schools throughout America will be able to see the amazing work that is taking place at Prospect and throughout our District. The academic improvements and overall focus on student success at Prospect are laudable. We are extremely proud of the staff, students, and families at Prospect and congratulate them on this remarkable award," he said.

A recognition ceremony hosted by the Department of Education will be held near Washington, D.C. in early November. The school will be honored by the D181 Board of Education at its November meeting.

Prospect School is one of seven neighborhood elementary schools in District 181 and is located in the Village of Clarendon Hills. During the 2020-21 school year, Prospect served 334 students in grades K-5. As the second-largest elementary school in District 181, Prospect celebrates a diverse population of learners, including 11 languages spoken at home.
Not only do Prospect students have a solid sense of being a part of and contributing to their local community but the students also demonstrate global citizenship. Several service-learning projects are held throughout the year to enrich the students' awareness of the world outside the parameters of their community. Focus on sustainability and the environment is also championed with its EcoPanthers Club and the Prospect Outdoor Learner Center.
Celebrations are the backbone of the Prospect community, with old and new traditions being of utmost importance. Each day begins with a moment of silence, the Pledge of Allegiance, recognition of student birthdays, and the Prospect motto to "Work hard, be kind, and amazing things will happen." The Prospect community is truly a family, and many former students return as members of the high school "Invitation to Teach" program.
Lawn Care Application - Postponed
Oct 6 2021
Read more about Lawn Care Application - Postponed
Internet Outage - Oct. 1
Oct 1 2021
Read more about Internet Outage - Oct. 1
Prospect Named 2021 Blue Ribbon School
Sep 21 2021
Read more about Prospect Named 2021 Blue Ribbon School
Community Speaker Series Webinar - The War for Kindness
Sep 16 2021
Read more about Community Speaker Series Webinar - The War for Kindness
D181 Receives Transparency Award for Budget Presentation
Aug 16 2021
Read more about D181 Receives Transparency Award for Budget Presentation
Tweets by CCSD181
Powered by Finalsite